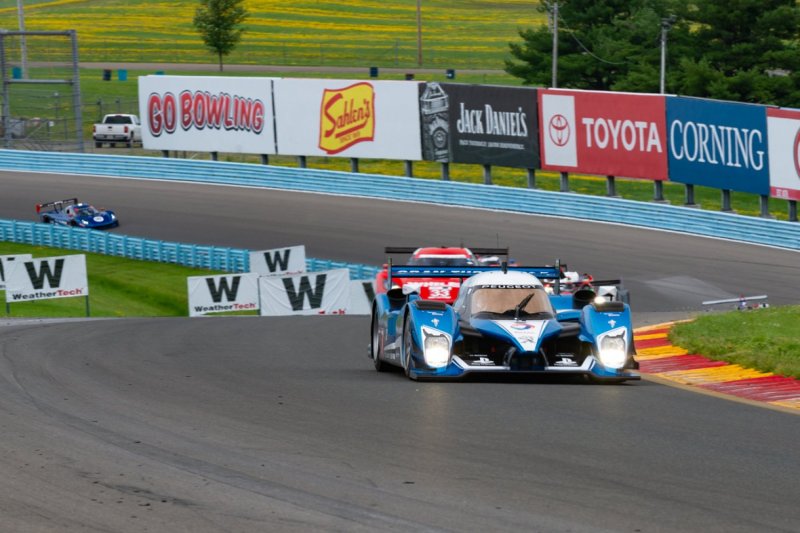 David Porter stormed to a dominant victory in the second Masters Endurance Legends race at Watkins Glen, as he put 37 seconds between his Peugeot 908 HDi FAP and a fierce battle for second place between John Reisman’s Coyote Corvette DP and Tommy Byrne’s ORECA-Nissan 03. In the end, the DP car held off the LMP2 machine by two tenths.

In the first half of the race, Travis Engen in the Audi R8 LMP1 was a factor too, as he chased Reisman while keeping Byrne at bay. However, a two-minute delay during the mandatory pit stops dropped the Audi down to eighth. Right at the end, Danny Baker lost a certain fourth when his ORECA-Nissan 03 coasted to a halt at Turn 6. This allowed Roberto Tornello’s Coyote Corvette DP, Francesco Melandri’s Ligier-Nissan JSP3-15 LMP3, the recovering Engen and William Hubbell’s Coyote to all move up one place.

In GTs, Scooter Gabel led the class towards the stops, his ex-PTG BMW M3 GTR driving away from the Audi R8 LMS GT3 pair of David Roberts and Bruce Leeson, but with Mike Skeen in Roberts’ car after stops, the pendulum swung towards the Roberts/Skeen Audi, despite the pair incurring a time penalty for missing the pit window.

After a second lap behind the safety car to allow for a track clean-up after the previous race, Porter powered away into the lead, chased by Reisman, Byrne, Engen, Baker, Melandri and Robert Tornello, while in GTs, Gabel held the initial upper hand over Roberts and Leeson in their Audi GT3s. Meanwhile, Rick Carlino’s ORECA-GM FLM09 was the first casualty of the race.

Two laps down, Porter led Reisman by 3.7 seconds, with Engen having passed Byrne for third but already 9.4 seconds down on the leader. Baker, Melandri and Tornello were still up next, as Hubbell’s Coyote Corvette DP and the ORECA FLM09’s of Dominick Incantalupo and Chris Ronson Sr completed the top-ten.

At the front, Reisman wasn’t letting go of Porter, the ex-Marsh Racing Coyote still just four seconds in arrears of the Peugeot, while Engen in the Audi R8 LMP1 was now looking at a 15-second deficit to Porter, with two ticks in hand over Byrne. In 11th overall, Gabel had opened up a 25-second gap to the Audis after five laps – as they were the last cars still unlapped by the Peugeot in front.

Meanwhile, a terrific scrap was developing between Baker’s ORECA-Nissan 03, Melandri’s Ligier-Nissan JSP3-15 and Robert Tornello in the ex-Spirit of Daytona Coyote Corvette DP. In fact, Tornello and Melandri switched places on lap 6. Similarly, Ronson Sr had put pressure on Incantalupo to claim ninth on the same lap.

15 minutes of the 40-minute race gone, with the pit window about to open, Porter led Reisman by six seconds, as Engen maintained the gap to the Peugeot at 15 seconds. However, Byrne in the ORECA 03 was closing on the Audi, and now chased the open-top LMP1 car by just three tenths. Meanwhile, Melandri lost another place, this time to Hubbell.

The first car in was Dave Roberts’ Audi R8 LMS GT3, as he handed over to Mike Skeen, but it looked like they were a touch too soon. Byrne followed soon after, right on time, the pit stop dropping the Irishman down to eighth. Most of the others carried on, though, Porter now pounding in the quick laps to lead Reisman by 16 seconds and Engen by 24 ticks.

In the second part of the 10-minute pit window, the rest of the cars followed, with Porter leaving it very late, but when the field settled down after all the stops, the Peugeot led the quickest Coyote by a massive 23 seconds, Reisman now chased hard by Byrne. Baker, Tornello, Hubbell and Melandri had all moved up a place at the expense of Engen, though, the delayed Audi having lost two minutes during its stop.

In GTs, Gabel still led, but Skeen was nibbling away at his lead – however, the threat of a penalty was still looming over Skeen’s head. One minute further back, Leeson was a safe third, holding a lap over Michael Lange’s Ford GT GT3 and Don Ondrejcak ex-TRG Grand-Am Porsche 997 GT3, but Leeson was facing a penalty for speeding in the pitlane.

With Porter well in command, all attention now focused on the fight for second between Reisman and Byrne. Behind the two, a huge gap of almost a full minute had opened up to Danny Baker’s ORECA 03, who in turn held 21 seconds over Tornello, and a further 12 over Melandri. In eighth, Engen was rapidly closing down on Hubbell and looked poised to take back a place.

With five minutes left on the clock, Porter once more asserted his authority by lowering the fastest lap of the race to a 1.40.448, 1.4 seconds quicker than Reisman’s best, before having the best of fun by recording a mindblowing 1.37.973 lap. Reisman and Byrne were now both lapping in the 1.44s, their eyes firmly set on each other instead of the Peugeot in front.

And so Porter – now back in cruise mode – romped across the line 37 seconds ahead of the warring duo of Reisman and Byrne, the Coyote holding the fort from the Irishman’s enduring attacks to take second place by two tenths. In a last-gasp drama, Baker lost fourth place as his ORECA crawled to a halt on the penultimate lap, as Tornello, Melandri, Engen and Hubbell all moved up a place at his expense.

Despite their penalty, Roberts and Skeen still triumphed in the GT class, with Gabel in second and Leeson in third. Lange held off Ondrejcak for fourth in class. 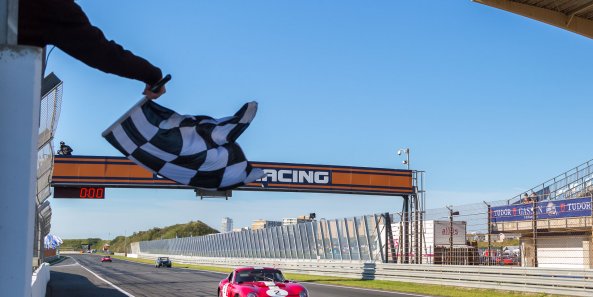 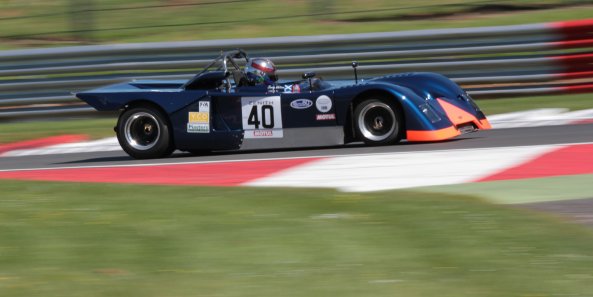