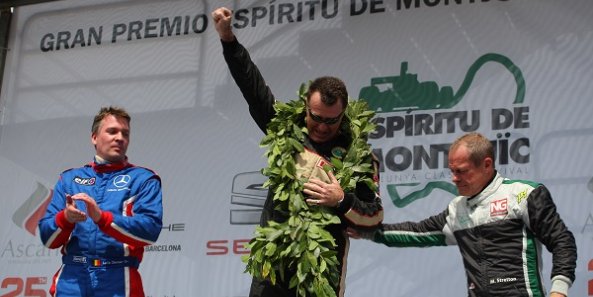 Christophe DAnsembourg (Williams FW07C) took a maiden pole position to head the 33-car field but was bested at the lights by Loic Deman (Tyrrell 010) and Michael Lyons (Hesketh 308E) but it was Greg Thorntons ex-Elio de Angelis Lotus 91/5 that set the pace as he fought through the field to take the lead by mid-distance and establish a lead he was never to lose. Deman secured second from Martin Stretton (Tyrrell 012), with Lyons winning the Pre-78 division in fourth overall, conquering Katsu Kubota (March 761) and Robert Blain (March 761) in the process. Deman was unstoppable in race two, shortened when oil on the track caught out Mike Cantillon who spun his Williams into the pit wall.

Deman blasted past Thornton the opening lap to establish a lead

Deman blasted past Thornton on the opening lap to establish a lead, while Strettons run in third place ended three minutes before the end with transmission woes. That allowed DAnsembourg up to third, while Lyons won the Pre-78 division but only after a late-race lunge to wrestle the lead away from Kubota who bagged second from James Hagan (Ensign N177). Lyons and Thornton won the two divisions on aggregate.

On a damp but drying track, Jason Wright (Lola T70 Mk3B) took honours in the FIA Masters Historic Sports Car Championship opener. With the Lola T70 of Carlos Monteverde having spun out on the opening tour, Wrights life became easier after early leader Leo Voyazides (Lola T70 Mk3B) pitted after 10 minutes with a loose kingpin. Wright led the T70 of Chris Beighton but both were chased after the mandatory pit stops by Simon Hadfield (in for Voyazides) who secured second after Beighton pitted on the penultimate lap. That allowed Pedro Macedo Silvas Lola T70 up to third overall as well as securing the Pre-66 division.

Once the AC Cobra of Andy Wolfe/Michael Gans retired with breather problems, the Shelby Daytona Cobra of Leo Voyazides/Simon Hadfield won the Gentlemen Drivers race from the AC Cobras of Pedro Macedo Silva/Joaquin Jorge and Carlos Monteverde/Gary Pearson, while an inspired fourth was the giant-killing Lotus Elan of Grant Tromans/Richard Meaden which secured under 2-litre honours.. 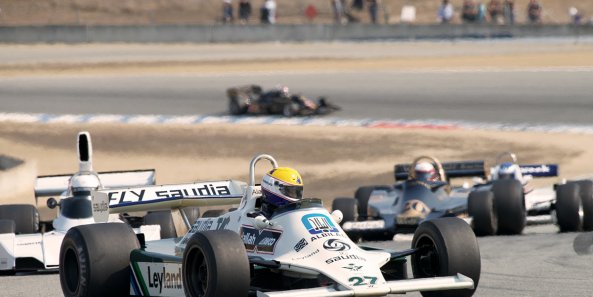 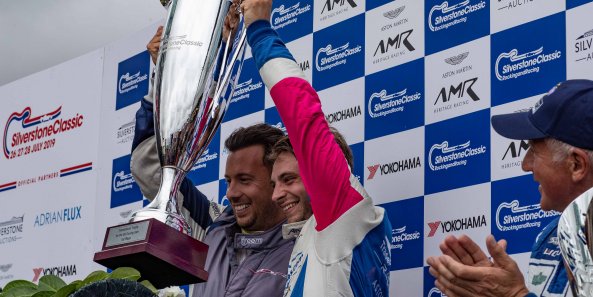 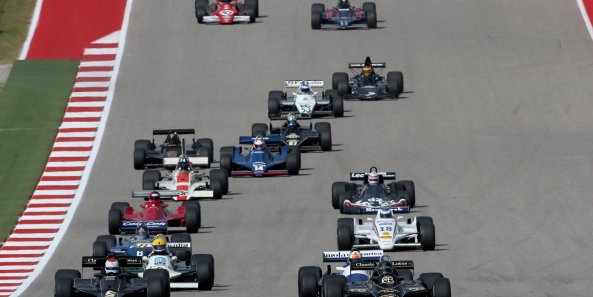