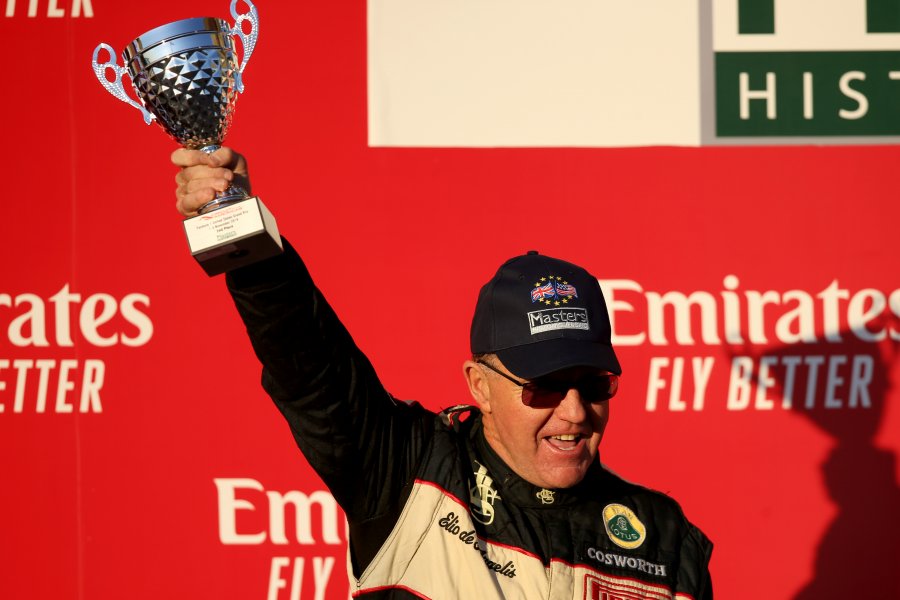 Brits Greg Thornton and Ron Maydon are the 2019 Masters Historic Formula One USA Champions. In his Lotus 91/5, Thornton lifted the post-78 crown while Maydon took pre-78 glory in his LEC CRP1. The titles were decided at Masters support races to the Formula 1 United States Grand Prix at the Circuit of The Americas in Austin – the final round of this year’s six-race schedule.

The Masters Historic Formula One USA series season kicked off at the Sonoma Speed Festival on 31 May – 2 June. Circuit Mont-Tremblant in Canada was the second stop on 12-14 July, followed a week later by The WeatherTech International Challenge with Brian Redman at Road America. A two-weekend WeatherTech Raceway Laguna Seca double-header for the Pre-Reunion and Rolex Monterey Motorsport Reunion events in August preceded the final races at Circuit of The Americas in November.

Greg Thornton, a former double FIA Masters Historic Formula One champion, flew in from Britain to take part in all events. He came away with 7 overall wins and 8 class wins, enough for the Lotus driver to claim this year’s post-78 trophy that combined the Head and Lauda classes for ground-effect and flat-bottomed cars respectively. Ulsterman James Hagan crossed the Atlantic to enter his Tyrrell 011 and took second in the standings with a run of five second places in class. American Chris Bender took part in five of six events, taking his Arrows A6 to no less than six second places in class as well as a class win at Road America.

Ron Maydon took the pre-78 title that combined the Fittipaldi (1972-‘77) and Stewart (1966-‘71) classes, competing in all six rounds to take two overall pre-78 wins at Road America and Austin in his LEC CRP1, while adding up the points in the other rounds. The Briton beat his American challenger Chris Locke to the title, as Locke brought home four second places and two third places in class, in his Lotus 77. Despite taking part in only three rounds, Danny Baker took a strong third place in the series, the American taking two overall pre-78 wins in his McLaren M23 as well as two second places in class.

Points were awarded in old-school fashion, with 9 points going to the winner of a class that had three or more starters, and 6 and 4 points for the remaining podium places. In classes with just two starters, 6 and 4 points were awarded to first and second places, with 1 point going to a starter who finished the race, in a class with just one entry.

The Masters USA 2020 schedule will be released shortly.