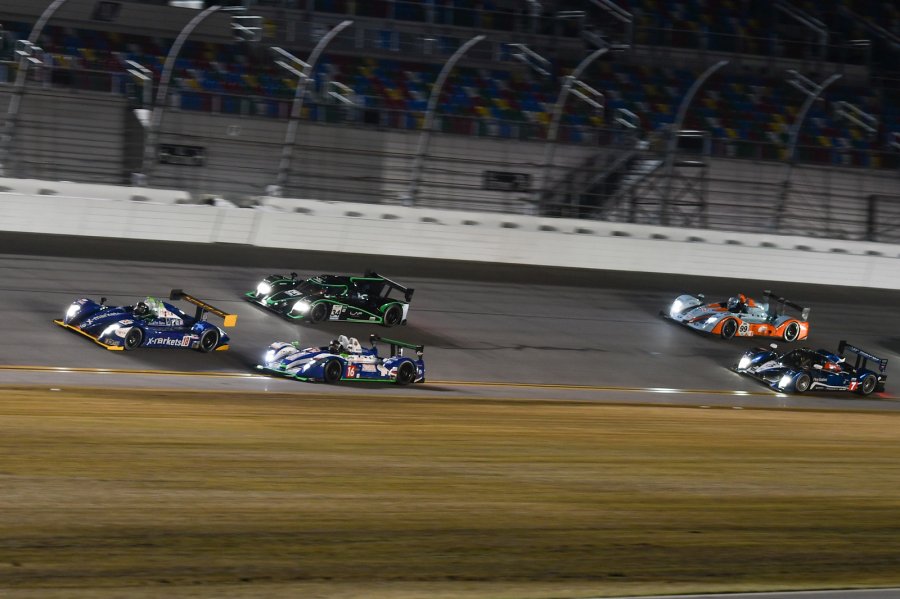 In the very first minutes, the Riley & Scott DP MKII with Ross Thompson at the wheel lost drive and did not finish the session due to a broken rear axle. Masters driver Christophe D’Ansembourg drove flawlessly before handing over to Loic Demain who brought the car home third and keeps them in third place overall in cumulative results with two races to go.

In a continuing light mist the Masters drivers in the very fast group E gave an excellent account of themselves. Joao Barbosa subbed in for David Porter and brought the Peugeot 908 home first. Jamie Constable brought his 2011 Pescarolo LMP in a strong third right behind the very fast Audi R8 LMP of Andy Wallace. Other Masters driver in an Audi R8 LMP, Travis Engen, pulled across the line in 7th and the final Masters Audi entry, the R8 LMS driven by Martin Lauber took 21st. Craig Bennett had a lovely dice with Andy Wallace early but the car was unable to make it to the chequered flag due to a mechanical failure. A broken splitter befell the Werner/Mathai Aston Martin Vantage GT3 which retired during the opening laps.

A dry track and cool temperatures meant happy engines if not tyres as the Masters Endurance drivers in Group F went out to take another swing at Daytona glory. This strong field was dominated by numerous Pro driven Daytona Prototypes. Masters driver Robert Tornello shared his wheel to Danny Clos for race 2 and it paid off with the 3rd fastest lap and 5th place, just ahead of James Hagan in 6th. The Ligier of Dwight Merriman & Kyle Tilley was not far adrift, coming home 9th with laps several seconds faster than the next finisher. Mike Furness and Robin Ward pushed the beautiful Courage LC75 to 11th ahead of Marc Devis who was 15th. Devis ripped off a faster best lap than Furness in his Oreca-Judd but didn’t get up to speed as quickly as in the early laps. Rounding out the Masters drivers in F group were Martin Lauber in 22nd and Aaron Scott several laps down in 25th, the victim of a broken axle on the Oreca FLM09 of Keith Frieser.