The first event in the 2016 calendar for Masters USA saw a small group head to The Classic Motorsport Mitty at Road Atlanta. With thunderstorms and sunshine in equal measure for the first two qualifying sessions James Hagan took advantage in his Tyrrell 011 and registered the fastest time to take overall pole position at the end of Friday’s sessions. Andrew Beaumont in his first outing in the Essex livery Lotus 81 proved he could quickly get this car towards the top of the grid and held off a challenge from Ron Maydon in his Arrows FA1. Robert Blain completed only a few laps before his March 751 needed attention and Doc Bundy in the Regogo Lotus retired with a serious engine problem.

With clear blue skies on Saturday morning the final qualifying session saw Hagan redesign the nose of his car but he kept hold of top spot, Beaumont and Maydon finished as before at the head of the Masters USA pack. Racing alongside local grid Group 4, with a combination of newer F1 and F5000 cars the Masters USA drivers proved competitive and in the mix.

Race 1 saw Hagan in the Benetton livery Tyrrell get quickly off the mark, while a slight hesitation by Beaumont in the Lotus 81 gave Maydon the chance he needed to overtake on the first corner. Seasoned European FIA championship racer Beaumont wasn’t letting the Masters Founder stay ahead and by the end of the first lap he regained 2nd place. On lap 4 Robert Blain was involved in an incident and the race was stopped while his car was cleared from the track. With only a couple of laps left on the clock at the restart, positions stayed the same with James Hagan taking the win, 2nd place going to Andrew Beaumont and Ron Maydon taking 3rd.

Beautiful sunshine drew the local crowds to the Atlanta circuit on Sunday and a Feature Race slot did not disappoint. James Hagan’s speed on the straight kept Andrew Beaumont at bay and despite looking for an opening on the corners the Englishman had to be satisfied with the second step as the Irishman took the win again in race 2. Ron Maydon was disappointed not to be closer and had to be content with another 3rd on the podium. 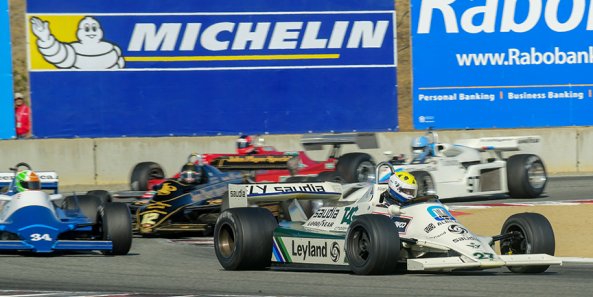 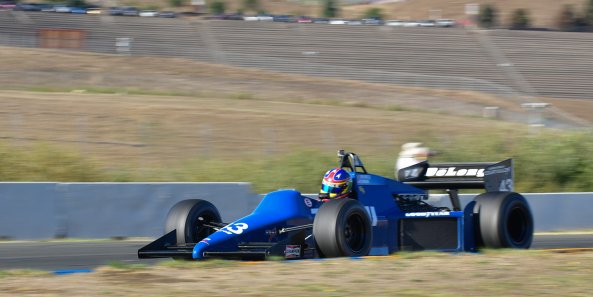 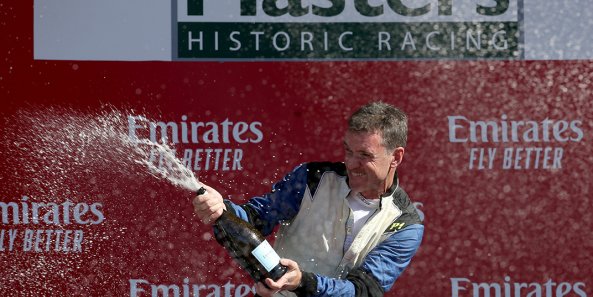