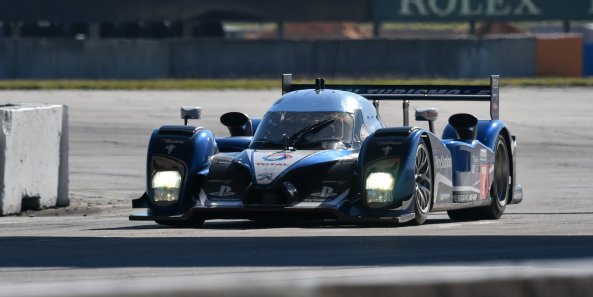 With the lead that Masters Endurance Legends USA racer David Porter brought into the fourth and final round of the Historic Sportscar Racing Classic 12 Hour at Sebring International Raceway, everyone knew it would be an uphill battle for Michel Frey to triumph, but Porter gave Frey an opening:

A spin in the historic, 3.740-mile’s road course’s turn 7 cost Porter 40 seconds of his 2 minute, 26-second lead, but Porter made that up and he and his immaculate number 7, 2007 Peugeot 908 HGI 5500cc/T emerged triumphant on a gorgeous, sunny afternoon in Central Florida.

Porter’s final margin over Frey: 2:37.629. “It was a great race, and it’s always a challenge to compete against Michel,” Porter said. “He definitely made it interesting.” Porter complimented his team for their preparation and maintenance of the complex Peugeot, which Porter said “ran flawlessly.”

The Classic 12 Hour’s format divided entries into four categories, A, B, C and D, and each class runs four, 42-minute races, with a brief mandatory pit stop. The majority of the Masters drivers raced in Class C, by far the fastest, most sophisticated group of cars.

A new class begins its race at the top of each hour, with three rounds run on Saturday, and the finale on Sunday. Cumulative time is carried over race to race, so while Frey and Porter began Round 4 side by side on the front row, Frey, who made contact and spun in Round 2, placing him more than two minutes in arrears to Porter, knew that Porter had to have a very bad race to give Frey a shot.

Finishing third after four solid stints was Travis Engen in his 2005 Audi R8 LMP 3600cc, which was down a bit on power compared to the Lola and the Peugeot.

Finishing fourth in the final round was Robert Tornello, driving the number 90, 2012 Corvette Coyote Daytona Prototype, making an impressive comeback from Saturday night’s Round 3, when the team pit three times, battling electric gremlins. Tornello would have had fourth place overall locked down were it not for the Saturday night issue – he ended up in seventh place.

Finishing fifth in the final of the four rounds was the fastest GT car – the number 007, 2013 Aston Martin Vantage 6000cc driving by racing legend Marco Werner ad Oliver Mathai. Consistency vaulted them into fourth place overall, just two laps behind Porter, who, along with Frey, finished a total of 77 laps.

Barely a month before, Porter and his Peugeot, with the help of co-driver Joao Barbosa, took the class win at the HSR Classic Daytona 24 Hours. 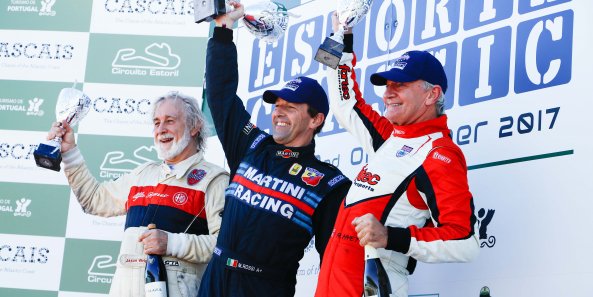 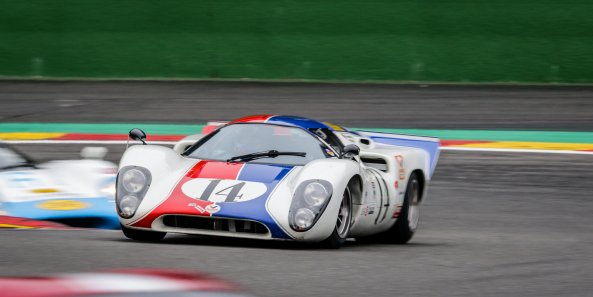 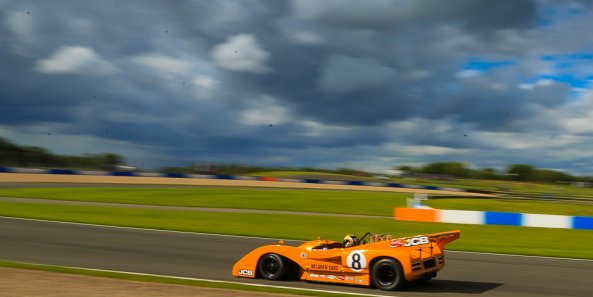