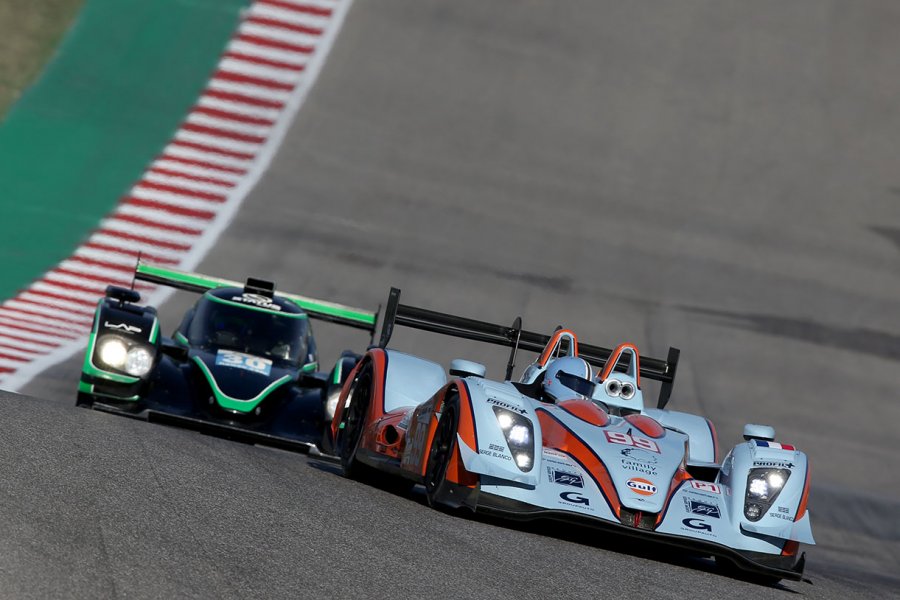 Jamie Constable claimed victory in the opening Masters Endurance Legends USA race of the weekend at the Circuit of the Americas on Saturday morning.

Constable, driving a Pescarolo LMP1 machine, edged clear of Lola B12/80 rival Craig Bennett through the opening stages of the 40-minute encounter, the gap ebbing and flowing around the eight-tenths mark.

Constable’s race threatened to be derailed when he and Bennett were caught out by the timing of a Safety Car deployment, caused by Dwight Merriman’s Nissan NPT90 coming to an untimely halt.

He and Bennett made their mandatory stops and dropped down the order, elevating Claude Malette’s Lola Toyota Rebellion into the net lead.

But Constable fought back at the restart and reeled in Malette, making the pass for the lead shortly before another Safety Car intervention, this time due to Gregory Thornton’s March 83G stopping on track.

Constable mastered the restart to streak clear of Malette to greet the chequered flag 9.2s ahead of his rival, while Malette resisted Bennett to finish as runner-up.

Tommy Dreelan and Aaron Scott co-piloted their Oreca FLM09 to seventh overall, with the G1/C1 division spearheaded by Cal Meeker in his Spice GTP.

Grid 2/Proto entry Mark Brannon was ninth overall while the top 10 was rounded out by the Riley Daytona Prototype entry of John McKenna and Ross Thompson.

The event, being held in support of Formula 1’s United States Grand Prix, will conclude with Sunday’s second race.