Back to all race reports

Masters had a great weekend of racing at the Formula 1 United States Grand Prix!

The weather may have been a bit cooler than hoped for but the racing at the Circuit of the Americas didn't disappoint!  A 32-strong grid for Masters Endurance Legends USA wowed the crowds whilst Masters Historic Formula One USA gave a snapshot of Formula 1 past and present! 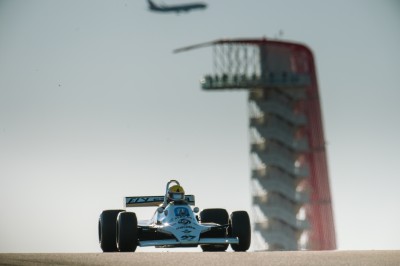 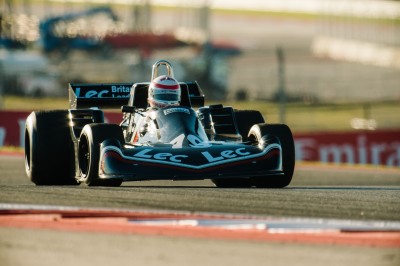 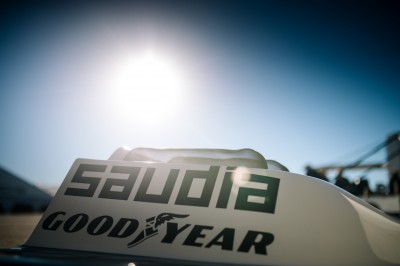 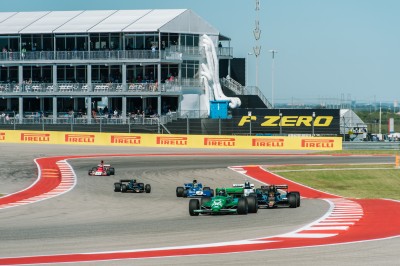 Mike Cantillon capped the Masters Historic Formula One USA weekend at the Circuit of the Americas with his second victory, controlling the race from pole position.

Cantillon was never headed throughout the course of the 10-lap race on Sunday morning as he cantered to a comfortable victory behind the wheel of the 1981-spec Williams FW07C.

The identity of his nearest opponent changed a handful of times, however, as initially Gregory Thornton (Lotus 91/5)  and Charles Nearburg (Williams FW07) duelled over second position. A bold move into Turn 12 ensured Nearburg moved into second and he robustly kept his rival at bay through the next sequence of corners.

But Thornton soon dropped out of proceedings with a rear suspension failure and that cleared the way for Nearburg, only for his Williams FW07C to come to a halt through the Esses, prompting the deployment of the Safety Car.

Nearburg’s problems elevated Jamie Constable, sixth on Saturday, to secure the runner-up spot, though he couldn’t bring his Tyrrell 011 into victory contention after the restart, with Cantillon streaking clear.

American Lotus 87B driver Jonathan Holtzman joined Cantillon and Constable on the podium, while fourth was taken by James Hagan (Tyrrell 011B), as he edged Christophe D’Ansembourg’s Brabham BT49 by just three-tenths of a second at the line, with Warren Briggs (McLaren M29) sixth.

A closely-contested affair in the Fittipaldi category was fronted by Cal Meeker as he and main rival Ron Maydon in the LEC CRP1 fought for supremacy.

Meeker got ahead of his opponent and reached the chequered flag just a second clear, reversing their positions from Saturday’s race.

Stephen Romak (March 761) again finished third but was just seven-tenths down on Maydon at the conclusion of the 10-lap battle.